Steven Miller Jr. is an 18-year-old 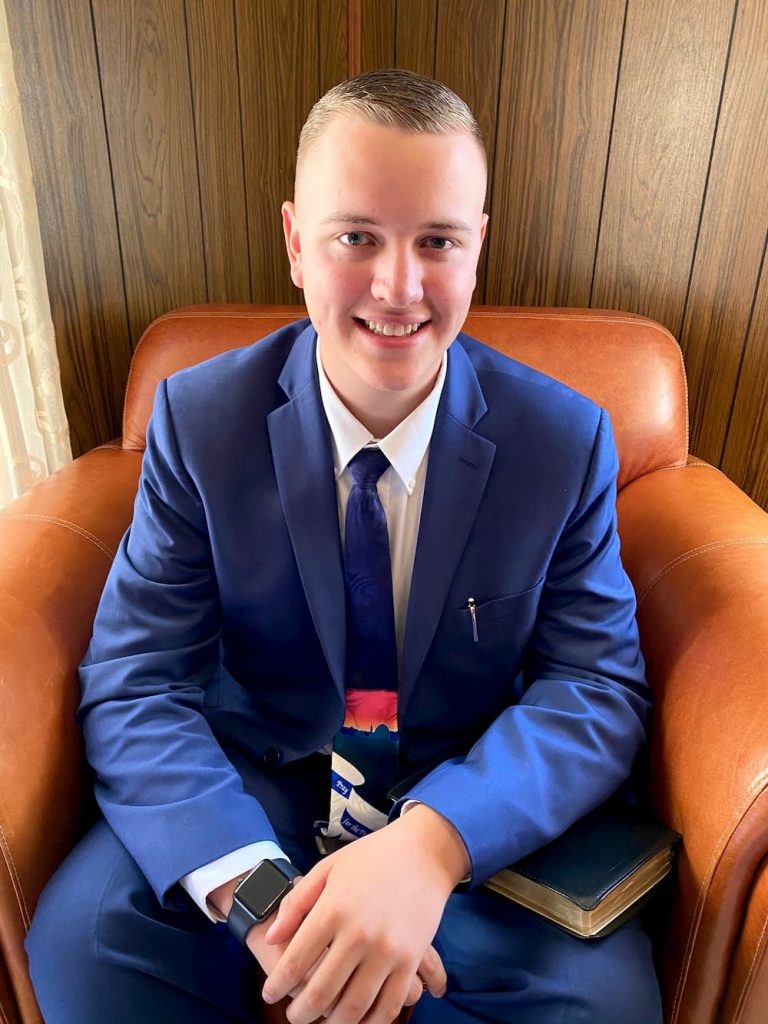 single student from  Decatur, Texas.  He is the oldest of 8 children.  His parents are Missionaries to Mexico currently on deputation.  He holds the distinction of being the youngest student ever to become the Student of the month at Independent Baptist Online College!  He was saved in 2009 and his life verse is I John 2:16 & 17.  He is pursuing a Bachelor of Science in Pastoral Theology degree with IBOC.  His desire is to help his Dad to build a work for God in Mexico.

IBOC President, Dr. Jeffrey Smale, says of Steven, “He has shown a unique zeal to his studies from the very beginning of his college training.  In fact, he almost made student of the month last month because of his desire and efforts in his studies.  I believe the Lord will greatly use Steven as he has already shown us spiritual maturity in his coursework.”

God bless you Steven for being the IBOC Student of the Month for September 2020!