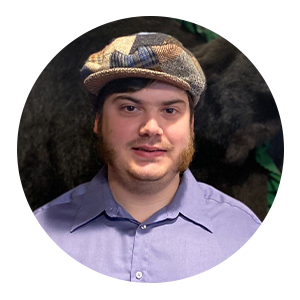 John Lonardo III is the IBOC December 2020 Student of the Month.  John is a 22-year-old single student studying Pastoral Theology. He was saved on September 27, 2017, and is called to be a Missionary to Japan.  He lives in Guilford, Vermont, and is a member of the Tri-State Baptist Church in Chesterfield, NH.  He has worked in the children’s ministries of the church and also works in the technology ministry. His life verse is II Corinthians 4:3, “In whom the god of this world hath blinded the minds of them which believe not, lest the light of the glorious gospel of Christ, who is the image of God, should shine unto them.”

IBOC President Dr. Jeffrey Smale says of John, “He is working very hard at accomplishing his training to be used of God for the mission field. I am impressed by his work ethic and look forward to seeing the Lord use him in the years ahead as he seeks to fulfill his calling.”

Congratulations to John Lonardo III for being the December student of the month at Independent Baptist Online College!  May God bless and use you for His glory!