Gregory K. Thomas was born and raised in Middleboro, Massachusetts. He was saved as a young boy. Sadly, not long thereafter, he drifted away from God.

In 1974, Brother Thomas joined the United States Coast Guard. He ultimately served for twenty years. During his military career, God sent him to a wonderful church in Michigan.  It was at this church where he came back to God.

In 1984, through a series of miraculous events, the Coast Guard transferred Brother Thomas to Charleston, SC. He became a member of Trident Baptist Church, which at the time, was pastored by, Dr. Michael T. Haynes. Under the influence of this great man of God, Bro. Thomas became a, rock-ribbed, Independent, Fundamental, Baptist. At Trident Baptist Church Bro. Thomas was involved in the following ministries: Junior Church preacher, Sunday School teacher, Junior Boys and Girls Soulwinng Club (Director,) Bus driver, and Bus Captain. 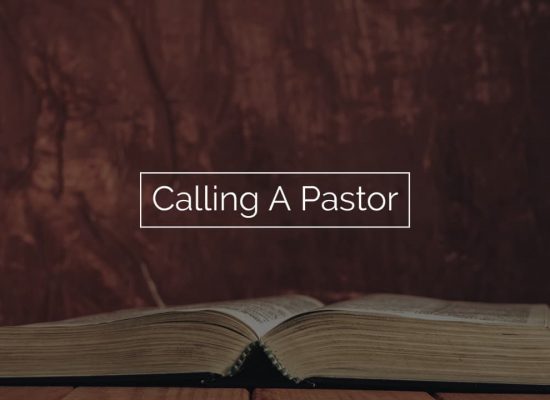 Calling a Pastor is a biblical step by step, course of study.  It is designed to...