At the age of eighteen, Pastor Goddard was led to the Lord by one of his teenage friends in the city park near his home.  The young man gave him a King James Bible, and three days later, Pastor Goddard packed that Bible with his belongings and headed to college.  After a year and a half of playing college basketball and reading his Bible, he came to the conclusion that learning the Bible and telling others what God was teaching him was more fulfilling and satisfying than his life-long dream of playing college basketball.
Two years after Pastor Goddard received Christ as his Saviour, he enrolled in Bible college to train for the ministry.  Pastor Goddard had known Mrs. Goddard since the eighth grade and started dating her while she finished her senior year of high school.  In 1981 (five years later) they were married. In July of 1982, they both graduated from Bible college, moved to southern California, knocked on the first door to start Faith Baptist Church, and held the first service that August.
The Goddards have four children: Joshua, Hannah, Esther, and Josiah; and thus far, the Lord has blessed them with seven grandchildren.
Josh and his wife, Carly, have three children.  Josh serves as the church Youth Pastor at Faith Baptist Church and teaches Bible and Baptist History in our Christian school.  In addition to being a full-time mom, Carly works alongside her husband with the teens and teaches part-time in our Christian school.
Hannah and her husband, Jordan Flesher, live in Texas.
Esther married a childhood friend, Matt Peterson, who also grew up at Faith Baptist Church, and they serve full-time in our children’s ministries.

Josiah is currently completing Bible college and making preparations to serve in the ministry.

Pastor Goddard continues to lead Faith Baptist Church and witness the rich blessings of God on this church. 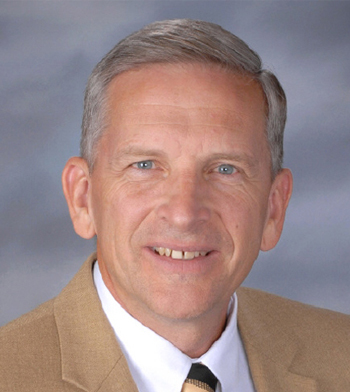